José Arreola is the Community Safety Division Administrator for the City of Salinas and the Director of the Community Alliance for Safety and Peace (CASP), a cross-sector, collective-impact organization that is dedicated to reducing youth violence in Salinas. At CASP, José works in partnership with over 60 local organizations and agencies ranging from youth service organizations, county housing and health officials, local and state elected officials, criminal justice and law enforcement officials, educational leaders, business leaders, representatives of the faith community, and private funding organizations in the Salinas Valley to take a public health approach to treating violence as a communicable, curable, and preventable disease. 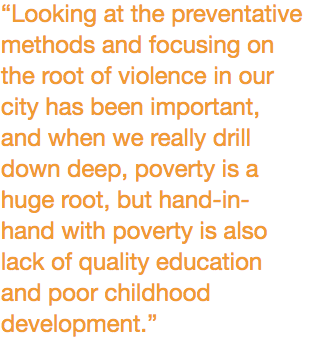 “What you do with a public health approach is really focus on prevention,” José explains.

Seeking to address this root cause, José became involved with Bright Beginnings (formerly Early Childhood Development Initiative, or ECDI), and he worked to have CASP serve as the convener for the Salinas Collaborative Action Team (CAT).

One of Jose’s key partners in this effort is Fernanda Ocaña, the Program Coordinator for the Community Safety Division and the head of the Community Leadership Academy Program in Salinas. Fernanda believes that the youth in Salinas have tremendous untapped talent, and that we should encourage parents to come together to demand quality opportunities for their children to learn, grow, and prosper.

Under the excellent support and guidance provided by facilitator Karina Lehrner, who was designated to support the Salinas CAT by the Bright Beginnings Program Manager and Backbone Committee, José and Fernanda are fueled by a strong passion and purpose for their community. Both work knowing that children in the poorest parts of Salinas face an uphill battle when it comes to accessing quality early education and other developmental opportunities. As José and Fernanda stress in their outreach efforts, these early supports are essential for putting children on the right path and steering them away from violence, gang activity, and other destructive outlets.

When the Salinas CAT was established, the team’s first objective was to select key indicators that they would like to see improved in their community. While they had worked primarily with agency providers up to that point, they quickly identified a “missing piece” that would help them define their next steps: meaningful engagement and input from the community. So, instead of taking a top down approach, José and Fernanda set out to work with community members to identify the indicators that they viewed as most relevant and necessary. This is where the idea for parent meetings came about. 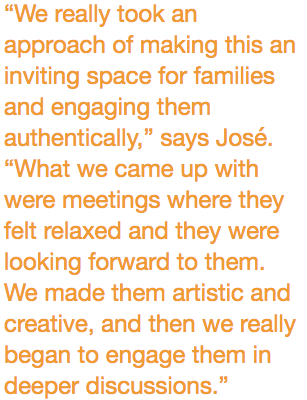 At the early parent meetings, the facilitators did not bring up ECDI or Bright Beginnings. Instead, the CAT focused on listening to families and setting the stage for them to be active, empowered participants in the process.

While the groups were fairly small, the meetings proved to be successful in fostering deep and productive engagement with parents. The CAT learned about their hopes and goals for their families, their current support structures, and the barriers and challenges they face. With this understanding, they have been able to work together to identify the gaps that Bright Beginnings can work to fill, and the strategies they can use to pursue these goals.

The CAT has also leveraged parent engagement and its network of partners to tap into and build upon a larger movement in the city to foster adult leadership. The CAT benefits from a core group of participants who are committed to these efforts, with the goal of encouraging more community members to get involved and become early education leaders.

Local parents of the Salinas CAT

As the CAT continues its work, José notes that some of the group’s most immediate challenges have been logistical. These include finding a physical space that is available for use after working hours and providing child care during the parent meetings. The Alisal Family Resource Center has been a great space for the CAT to conduct meetings since it provides not only a safe environment to meet after hours, but also allows for parents and families to bring their children. They have also been fortunate to be able to conduct parent meetings at City Hall since both Fernanda and José have access to the facility. 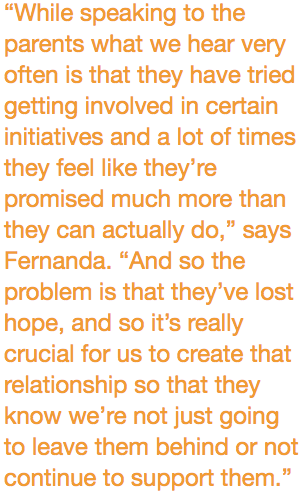 Fernanda also identified another key challenge: restoring confidence and trust among families who have been disappointed or let down by other services or initiatives.

A key part of this relationship-building process is to ensure opportunities for parents and community members to be recognized for the work they do and the real impact they can have on the community.

As Fernanda explains, “For them it’s important not because they want their name on something but because they want others to know that they can get involved and that it’s not just the agencies, or city, or government that’s making the changes – it’s the community itself, which makes it easier for them to reach out to other parents and say, ‘Hey, we were heard. You will be heard as well.’”

By meaningfully engaging parents in the process and acknowledging the valuable input and dedication that these early education leaders possess, the CAT is showing other community members how they can make a difference too.

José and Fernanda are proud of these early successes in engaging community members and “seeing parents shine” as they are involved and empowered in the decision-making process for driving change in their community. José sees this approach as a key to fostering long-term impact: “Ultimately, if we could be the CAT that’s supporting a parent-led movement, that I believe, is far more powerful and sustaining.”

José and Fernanda are also deeply proud of the strong partnerships they have built with local community organizations and agencies through their collaborative, cross-sector approach. 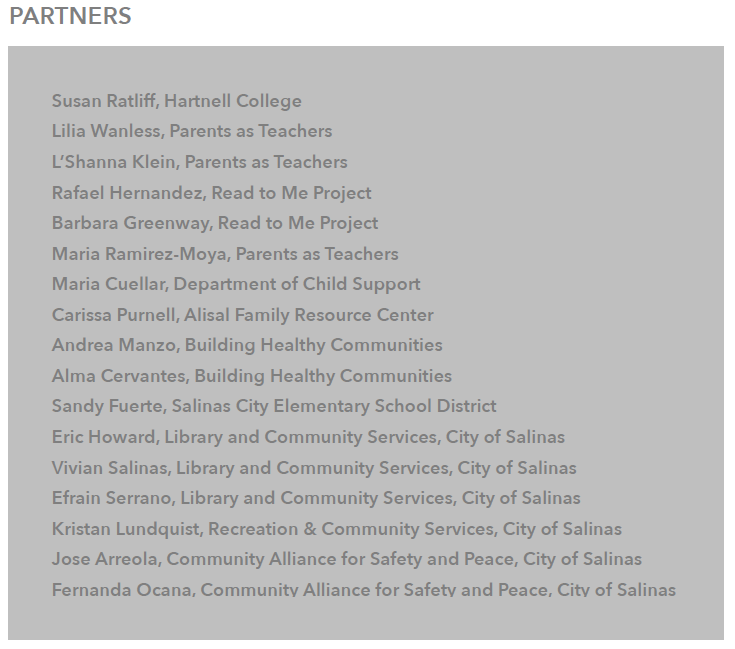 Local partners of the Salinas CAT

“The reality is if that we did not have all the partners at the table, the meetings would not be as great as they are,” says Fernanda.

José and Fernanda are inspired by the group’s progress and continue to pursue their work with a vision for change. Fernanda hopes that through the CAT meetings and the group’s outreach efforts, more parents and community members will become aware of the existing support systems that are available to them. “We live in a really poor and hurt community, but there are resources and if they take advantage of them it’s going to support them and help their children succeed and be where they need to be.”

José hopes that by working collaboratively with parents and fellow organizations they can engage the broader community and make a real, lasting difference.

“If we can build solid paths to parent advocacy, where parents can see the data, and be upset about it, and demand change, and channel that anger into policy change, that’s powerful –  because, ultimately, nobody is going to care about this more than them. When that happens, you do see change.”

For more details about the Salinas CAT’s work, including their specific approach and outcomes in engaging parents, view the report Salinas Bright Beginnings: June 2015 to June 2016 in English or Spanish. 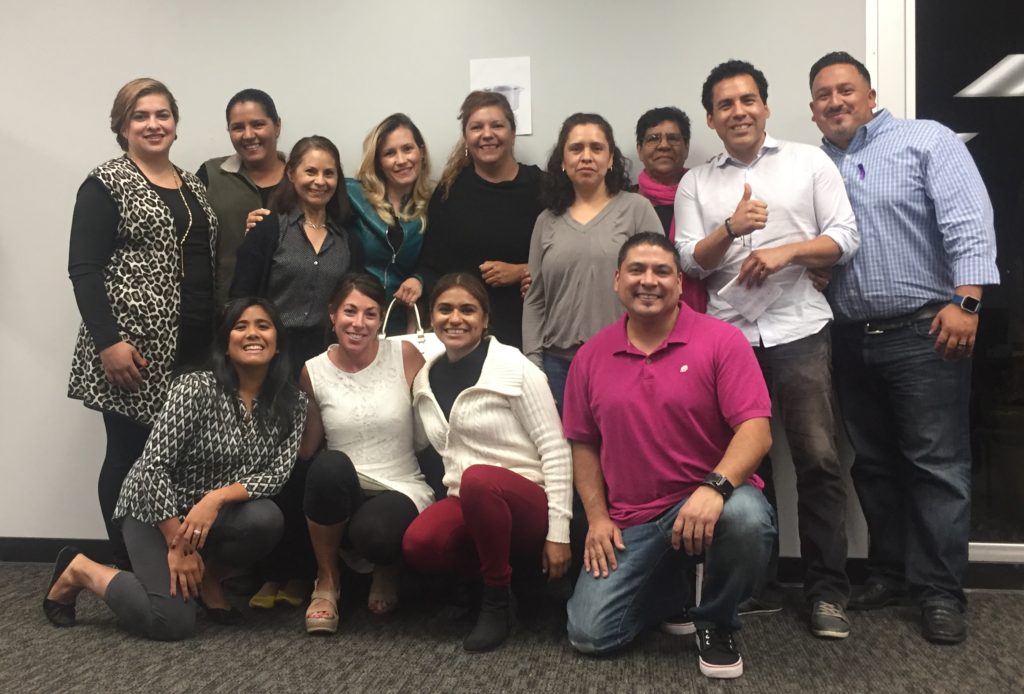 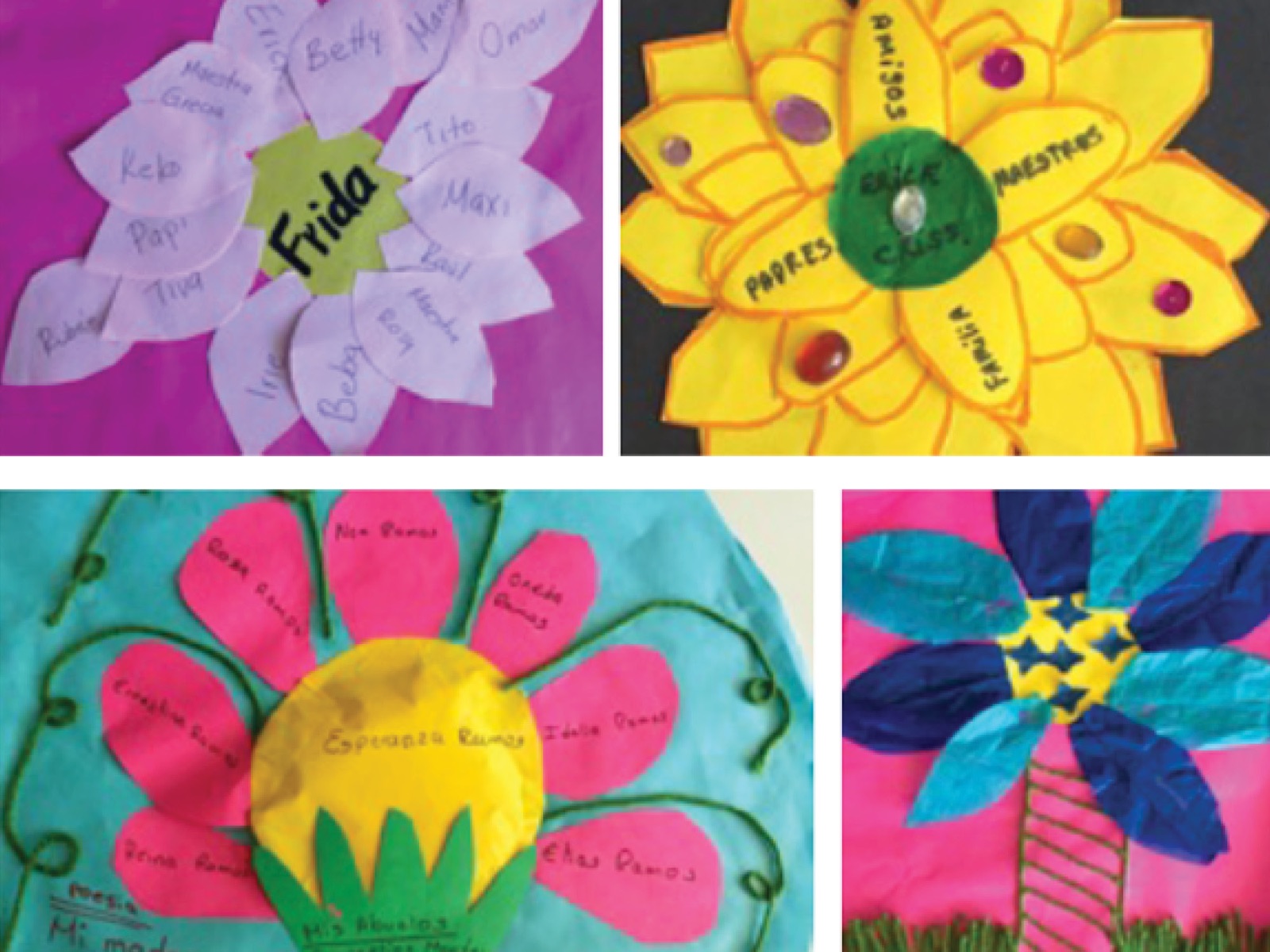 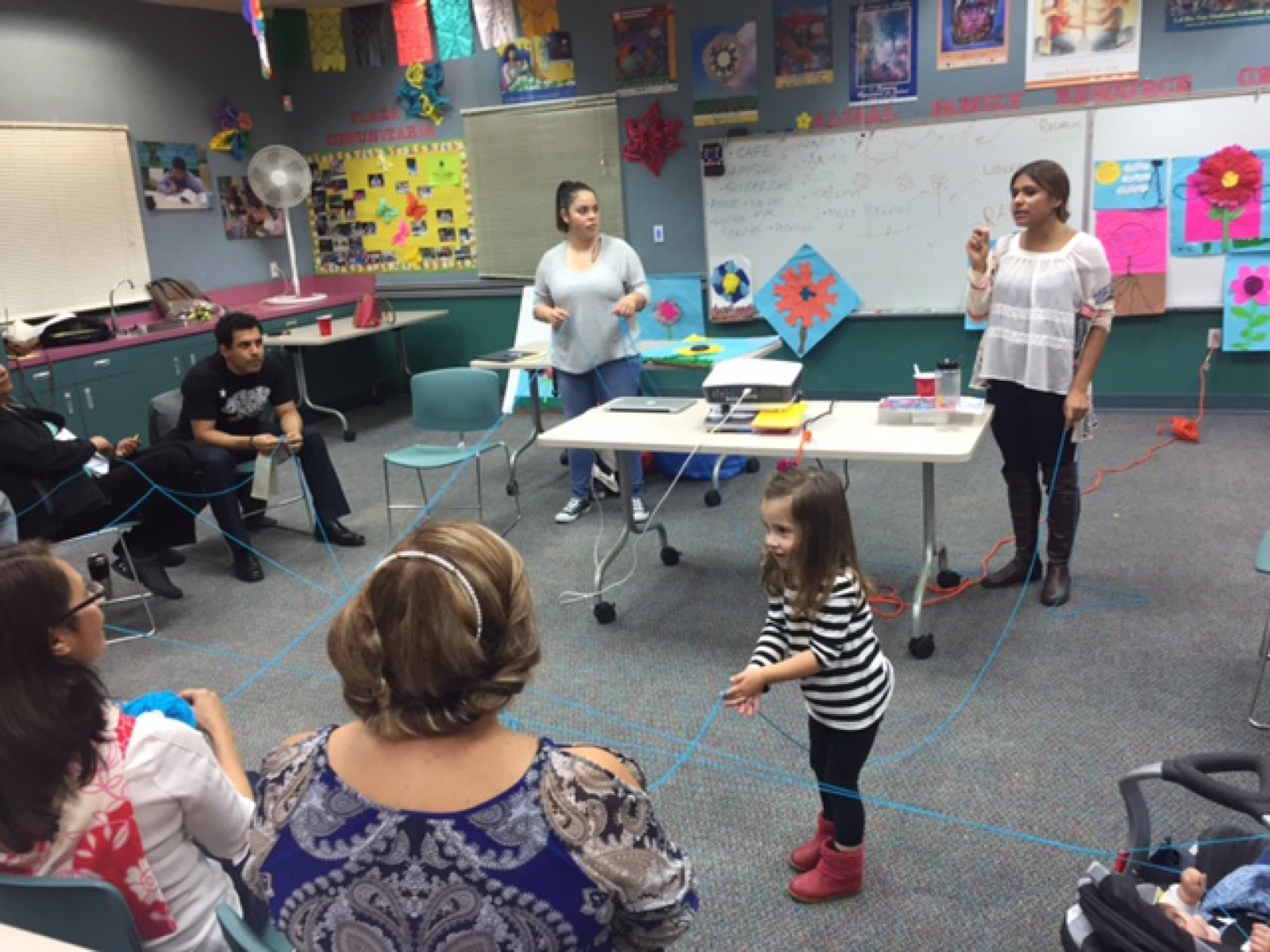 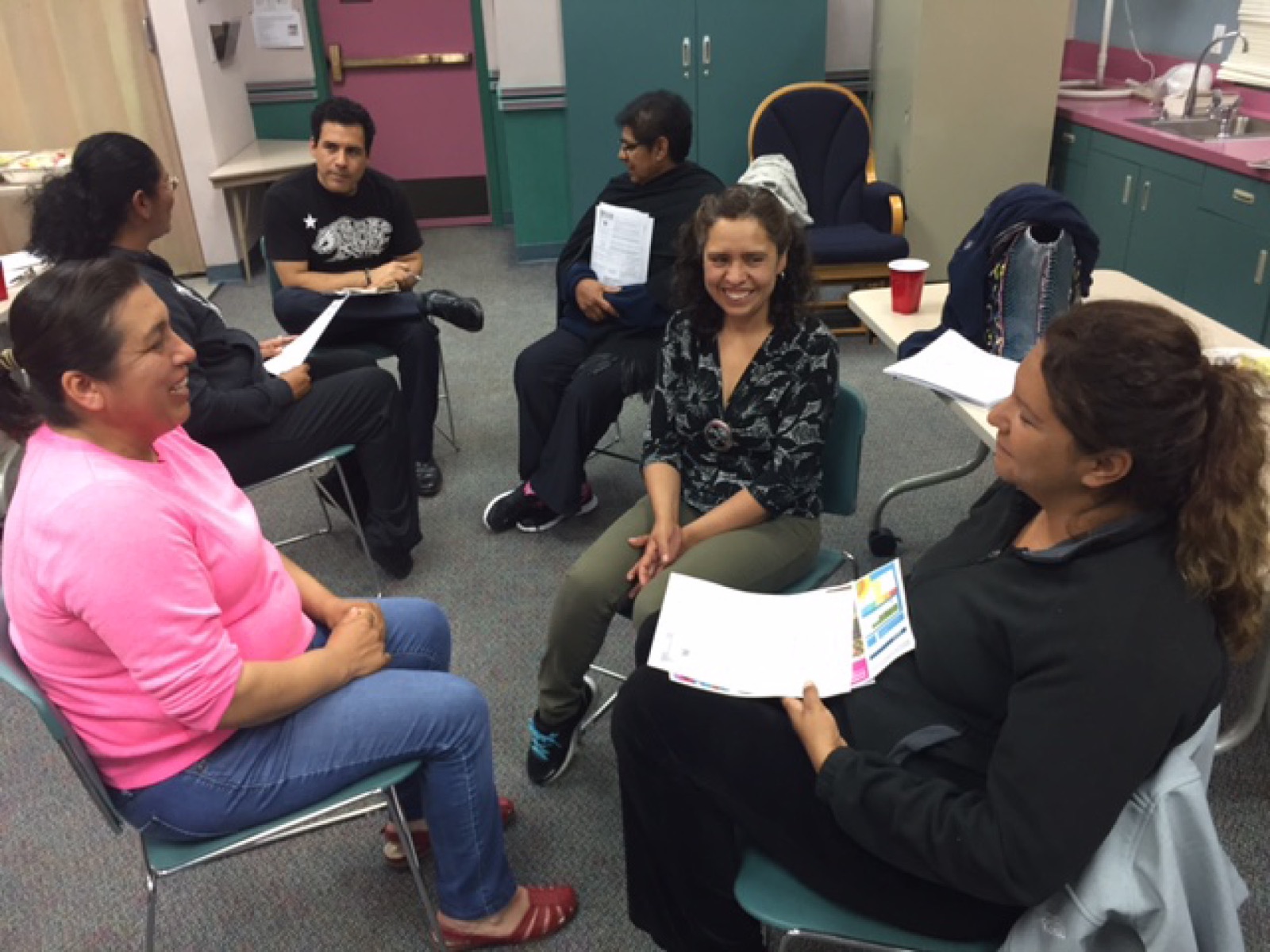 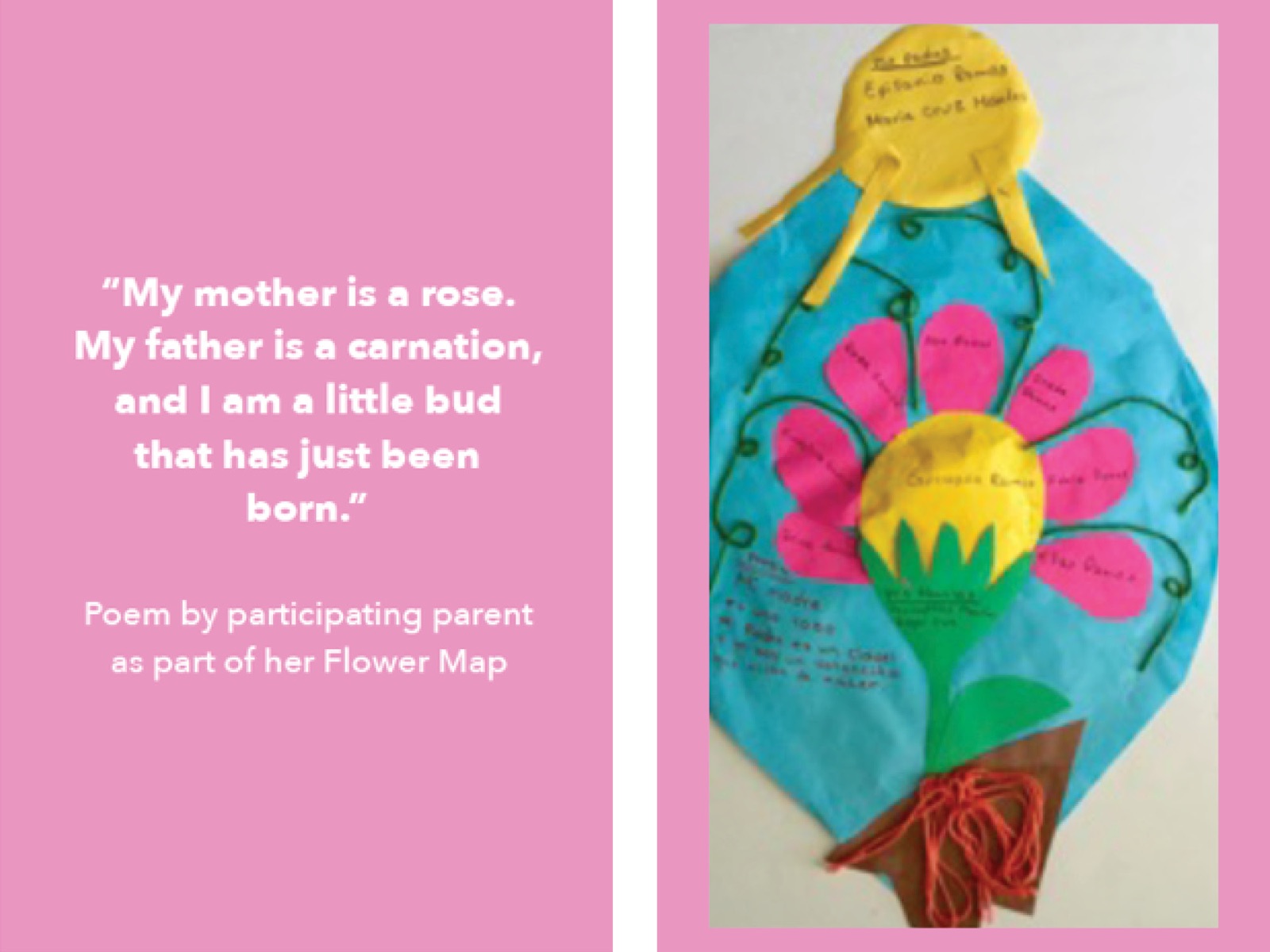